The GAP conductor consists of a high strength steel core, surrounded by small Gaps filled with high-temperature resistant grease, and circular trapezoidal aluminum alloy line layers are stacked around this GAP. The aluminum alloy layer contributes to the mechanical properties of the gap conductor at low temperatures under heavy load conditions, such as strong winds and icing weather.

Due to the special geometry of GAP conductor, it has a limited coefficient of thermal expansion of the steel core above the conductor temperature, allowing small dents forms at higher operating temperature (up to 210°). The conductor behaves as a standard ACSR conductor if below the string temperature. GTACSR and GZTACR operate continuously at 150 ° C and 210 ° C respectively  after testing.

The filling factor of the AlZR layer can reach 98.5%, which provides the possibility of optimal utilization of the maximum acceptable outer diameter of the conductor. The aluminum "tube" formed by trapezoidal steel wire allows the AlZR layer to move freely over the steel core. 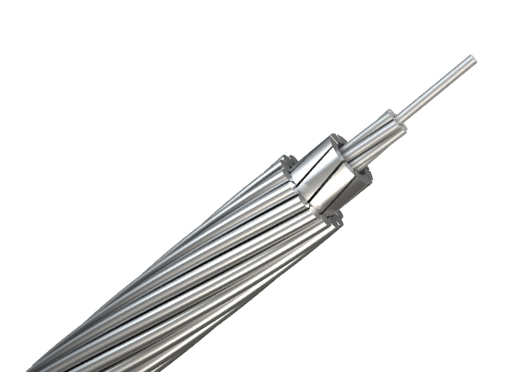 GAP Conductor made by JDO

▶️IEC 61089: 1997 is about the amendment 1 of round wire concentric lay overhead electrical stranded conductors.

▶️IEC 62004:2007 is suitable for the heat resistant aluminum alloy wire of the overhead line before making the stranded wire. It specifies the mechanical, electrical and heat resistance of wires within the commercial diameter range.

▶️IEC 60888: 1987 applies to zinc-coated steel wires to be used in construction of overhead power transmission lines.